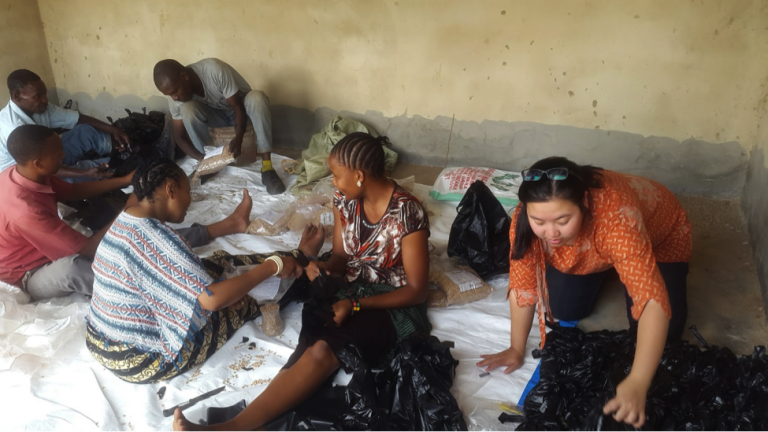 Mentor farmers representing the Singida Nutrition and Agro-ecology Project (SNAP) won first place at the Nane Nane (Farmer’s Day celebrated each year in Tanzania) Fair in Dodoma. SNAP farmers were selected to represent the Rural Singida District at the fair, ahead of several other local farming groups. At their booth, the SNAP farmers showed off their best legumes and other protein-dense produce alongside  graphs and charts that detailed the positive influence of the SNAP curriculum. Their effort earned them the highest ranking among farmers’ groups through the central region of Tanzania!  Other booths showcased the processing of sorghum and millet, and one even demonstrated the process of making tomato wine.

Congratulations to the SNAP team – a well deserved win!